If you want your home to be a little safer, but you don't want to get new windows, consider having security window film applied to the windows you already have. You might want to apply the film yourself, but you can also have it applied by a professional. Here's why you may want security window film for your home and some options in the types of film available.

Reasons To Apply Security Film To Your Windows

Security window film improves home security by making it harder for intruders to break into your home. This gives you peace of mind if crime rates are high in your neighborhood, when you have lots of valuables, or store food and survival supplies in your home.

Options To Compare In Types Of Security Film

There are different types of security films on the market and they have different prices. One of the main things that affect the price is the thickness of the film. Thicker films cost more, but they provide more strength to the glass than thin films. The thicker the glass, the more time it takes an intruder to bust down your window and the more noise they make. If you want the best protection against intruders and storms, buy the thickest film you can afford.

Light transmittance is another thing to compare among types of film. Some can limit the amount of natural light that comes into your home. Others allow plenty of light to filter through the film so they won't darken your home. If natural light is important to you, you'll want to take this into consideration when choosing the film you'll buy.

Another thing to compare is the amount of film on the roll. Security window film is supplied on a big roll. The widths are standard so the film fills a window without having to seam the film together. However, the length of the film varies. This allows you to choose a small amount for a single small window or a large amount to cover several windows. Keep in mind when you're comparing prices that the amount of film on each roll varies.

Window film is applied in the same way no matter what kind you buy. Some films come with installation tools included, which is handy if you'll be applying the film yourself. 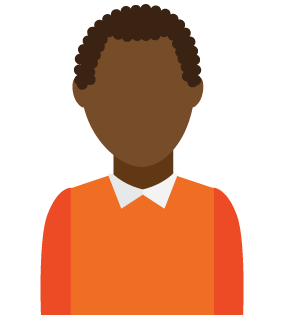 One of my least favorite household chores is dish washing. After dinner at my home, I can’t wait to clear the table and get the sordid responsibility of dish washing over with. Thankfully, my kitchen has a perk that helps me endure this task. I have a beautiful picture window above my kitchen sink. While I scrape mashed potatoes, meatloaf, and ketchup off of plates, I can gaze out at my beautifully manicured lawn. Sometimes, I watch neighbors taking relaxed strolls on the road in front of our home. If your kitchen doesn’t have a window in it, consider installing one. On this blog, you will learn how to shop for the perfect kitchen window. Enjoy your dish washing duty like never before!